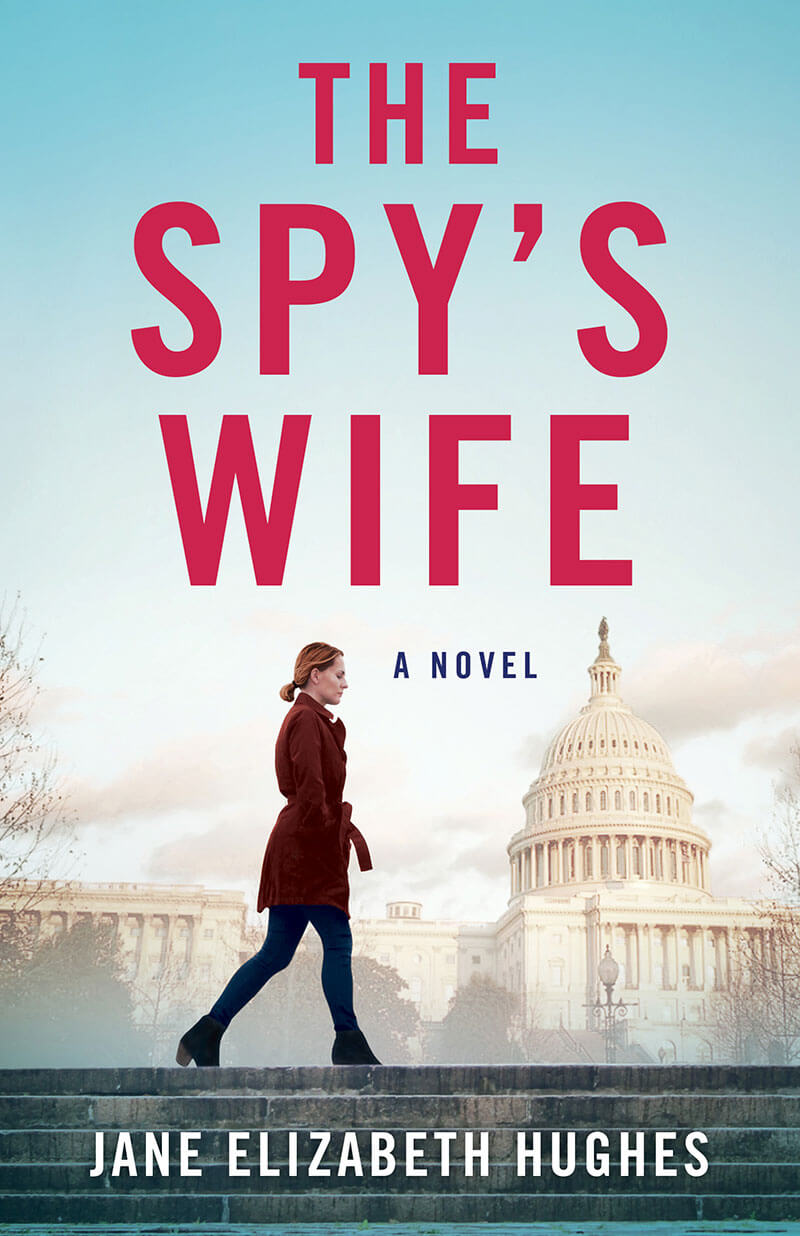 How would it feel to wake up one morning and discover that you’re married to James Bond? Shelley had always believed that her husband was a mild-mannered management consultant — until one morning his picture appears on CNN above the headline: “CIA Spy David Harris Is Source of British News Leak.”

Quiet, self-possessed David a spy? Impossible! But while Shelley is still reeling from the first revelation, David’s photo is again splashed across the news – and this time he’s not alone. This time he has his arm around a beautiful, sun-streaked blonde, and this time the headline screams, “CIA Superspy and British Reporter in Romantic Relationship!”

Together and apart, David and Shelley dodge foreign agents and international media hounds (not to mention his desperate ex-lover) from Paris to Bogota to Jerusalem. Most alarming of all, she finds herself fascinated and deeply, disturbingly attracted by the dangerous stranger her husband has become. Can Shelley reconcile her dream of domestic tranquility with the fierce emotions that have suddenly taken over her life? Can she become the perfect spy’s wife?

Praise for The Spy’s Wife

The Spy’s Wife is a smart, intimate look into a marriage imperiled by a secret. For twenty years, Shelley’s husband kept her in the dark about his career as a top CIA officer. When he is publicly outed on CNN, her life is thrown into turmoil. Did she ever really know her husband? Can she ever love him again?

Faced with one revelation after another about David’s hidden life, Shelley is forced to reexamine herself and what she wants for her life, her family, and her marriage.

The Spy’s Wife is a moving, unforgettable novel with a complex protagonist. A must-read!

-- Nikki Chen, author of When in Vanuatu and Tiger Tail Soup

Diapers, deadly encounters, and a refugee crisis. What if the boring guy you married turned out to be a super-hot international spy who loves you? Jane Hughes shines light on domestic fatigue in this bright, funny, irresistible romp that connects the dots between marital and global complacency. The Spy’s Wife brilliantly walks the magic line between wildly inconceivable and super-relatable.

Unraveling secrets, multiple identities and scandal, the heroine of this fast-paced novel is trapped in a web of lies that she must untangle. Reading The Spy’s Wife, I was caught up in her world as she holds her family life together while trying to find meaning in her own. It’s a fun read that made me think about my own life entanglements.

Just as this book articulated, marriage is a mystery. Add to the mix a chaotic unconventional family, and we’re in for a wild ride.  This is a story of one woman’s strength to walk through betrayal and lies, while also navigating her pain and anger with grace and composure.  Part heartbreaking, part joy – this book kept me guessing until the very end.

Maan Gabriel, author of After Perfect
Go to Top