An Excerpt from The Long Lost Jules

A shadow fell across the table where I sat, devouring a scone and a novel with equal satisfaction. Frowning and shading my eyes against the watery London sun, I looked up to see a tall, dark stranger gazing down at me.

“Hey, Jules!” the stranger said. “I’ve been looking all over for you!”

Jules! What on earth?

With some regret—this was an interesting distraction—I shrugged my shoulders and turned back to my book. “Sorry,” I said. “You have the wrong person.”

He gestured to the empty chair across the table from me. “May I?”

“Sorry,” I repeated, falling back on all-purpose Brit-speak for I don’t know what you’re talking about, and I don’t want to talk to you. “You must have mistaken me for someone else.”

He hovered uncomfortably between a standing position and a ready-to-sit position, and I eyed him with a mixture of amuse-ment and curiosity.

“Um . . . I can’t believe I finally tracked you down,” he said, shifting from foot to foot and trying, unsuccessfully, to look as if he had never expected an invitation to sit. “It’s such a pleasure to actually meet you.”

“Sorry, but you have the wrong person.” I tried again. “I’m not Jules.”

He shook his head. “Sorry,” he said, now lapsing into Brit-speak for You are totally wrong, but I’m too polite to say it. “But . . . well, the thing is . . . well, I believe you are Juliette Mary Sey-mour, and I’ve been searching for you for months. You covered your tracks very well, Jules!”

I sighed. “My name is Amy, actually, and I’ve never heard of Juliette whoever. I don’t mean to be rude, but I have to be back in my office in fifteen minutes, and I’d like to finish reading this chapter.”

He glanced at my book, a John le Carré classic, and raised his eyebrows.

I held my patience. “Look, whatever your name is, you have distracted me from my problems at work for a few minutes, and I appreciate that. But I’m not the person you’re looking for, and I’d like to finish my coffee in peace.”

“Oh? What are—sorry, I don’t mean to pry—but what are your problems at work?”

“I work with a lot of sorority-ish mean girls, and they . . .” I stopped short; why on earth was I unburdening myself to this stranger?“

And are they mean to you, Jules?” He seemed genuinely interested, but I steeled myself against it.

“The thing is . . . um . . . I do apologize for bothering you . . .” Now I saw that his body was tense and coiled, like a panther that has finally cornered its prey and is determined not to let it escape. It was body language that was strangely at odds with his hesitant speech. “You see, I’m Leo Schlumberger, and I’m a historian at Oxford.”

A historian! That was the last thing I had expected. He looked more like a Mafia boss than an academic. He was tall and strongly built, with snapping black eyes and a dark five-o’clock shadow that probably appeared fifteen minutes after he shaved. His hair too was black, cut carelessly and curling against the back of his tanned neck. He wasn’t quite hand-some—his features were too strong for that—but his looks were compelling. I tended to like easygoing, laid-back men—definitely not stammering Brits who apologized every other sentence.“

A historian? And why are you looking for this Jules?”

“Sorry,” he said. “That story is much too long for the remain-der of your coffee break. Um . . . may I buy you dinner tonight?

”Despite my curiosity, I reminded myself that I was not the girl he was looking for. “No,” I said. “I’m sorry.”

“Perhaps we should stop apologizing to each other,” he suggested, and, despite myself, I smiled. “Tomorrow night, then?”

He muttered something under his breath, but it was too low for me to decipher. The language wasn’t English, though, and my curiosity sharpened. “Really, Jules,” he said.“Stop calling me that!”

“Sorry—Amy. The truth is, I’ve gone to a lot of trouble to find you, and it’s quite important that we—”

As his tone became more urgent, the Britishness slipped, and I heard traces of a more exotic accent in his voice.

Time to end this, I thought. I pushed my chair back from the table and stood up. “Goodbye, then,” I tossed over my shoulder as I turned to flee. “Sorry I couldn’t help you.”

“Hey, Jules!” he called after me, and I paused to look back. “It was great to finally meet you!”

Without another backward glance, I hurried away.I was slightly out of breath when I got back to my office, having half jogged the ten blocks from the café. There were many cafés much closer to my building, but then I would run the risk of seeing one of the PYTs (my pretty-young-thing coworkers)—and having them see me eat. Frantically brushing off the telltale crumbs from my scone, I scurried back to my desk and turned on my computer.“

Amy! You missed a call from Sheikh Abdullah,” said Kristen R., queen bee of the PYTs. “He wants you to arrange a trip for his granddaughters to the Dubai Atlantis.”

I grimaced. As a private banker at Atlantic Bank in London, I was supposed to be managing the wealth of one, fairly minor, branch of the al-Saud family from Saudi Arabia. On paper, my job was to place their billions of dollars in conservative invest-ments to preserve those billions for the generations to come, so that no grandson or great-grandson ever had to lift a finger in honest labor. In reality, the family treated me more like a combination of butler and poodle walker, calling on me to handle everything from buying them a new private jet to finding a masseuse for their horses.

Now, apparently, I was a travel agent.

“Which granddaughters?” I asked resignedly.

Kristen P. looked at me. “Amy, is that jam on your collar?”

I knew that the idea of eating anything sugary was horrify-ing in the PYTs’ eyes; it was akin to drinking Diet Coke (only for fat people, they agreed) or eating white bread (only for the unwashed masses). I brushed at the spot, but it stuck to my fin-gers and settled more deeply into my silk blouse. Damn!

The Kristens exchanged arch glances while I thought of all the clever quips I could have made if I hadn’t sworn to play nicely and keep this job. At all costs.

Kristen R. opened the Tupperware container on her desk and pulled it toward her. “Want some of my broccoli sprigs?” she offered. “I’m so full from that quinoa yesterday that I can’t eat a thing.”

I shook my head. I would rather eat the bark off a tree, I thought.

Kristen P. said, “No, thanks. I had a couple of bean sprouts earlier, and I have a hot-yoga session after work today.”The two Matts joined in the conversation, discussing the merits of hot yoga versus spin yoga versus vinyasa yoga, and I tuned out. My coworkers were all in their mid- to late twenties, thin as rails, appalled by any foods other than tofu and sprouts, and obsessed with extreme exercise. The head of our office, Audrey Chiu, was a size negative zero, with tiny wrists and a child’s hips. She never ate lunch (or breakfast, or dinner, as far as I could tell), so no one else in the office ate either.

At thirty-four, I was the granny of the group, obsessed with scones and clotted cream. I exercised only because I absolutely had to if I wanted to keep eating. Since lunch was frowned upon and snacks were unthinkable at my office, I was usually hungry enough to gnaw off my arm by the time I got home at night—hence the hike to a café distant enough that I wouldn’t be caught eating by one of my colleagues who had stopped in for a chai tea.

In fact, I could tell that my teammates often wondered why Audrey had hired me. Not only was I older than the other vice presidents; I was also cut from a very different mold. To a man (or woman), they had all attended American or British prep schools, Ivy League or Oxbridge colleges, and Harvard Business School (or “the B-school,” as they called it, as if it were the only one). All were tall, blond, and genetically thin. I was small, with auburn hair, and slim only because of my grim hour on the treadmill every morning. Even more appalling, I had attended a huge public university, mainly so I could sit in the back of the massive amphitheater and doze while my hand, on autopilot, scribbled notes. Lecturing, someone had once said, was when information passed from the notes of the lecturer to the notes of the student, without passing through the mind of either one in between.

That was my education.

And, this being an American bank, many of my colleagues were from the wealthiest enclaves of New York and New England, while I had grown up all over the world. My play-grounds were Moscow and Amman, Riyadh and Kiev; my schools were whatever American school happened to be conve-nient to my father’s current dwelling.I turned back to my computer, my stomach already growl-ing. Damn that man for interrupting me before I finished my scone! I emailed our in-house travel expert and asked for assis-tance on the sheikh’s request; then, putting on my meek, demure mask, I called the sheikh to tell him that I was on the job (one of the many frustrations of living to serve the man was his dislike of email).

Then I drew a deep breath. Glancing around cautiously, I pulled up Google and typed in Leo Schlumberger. 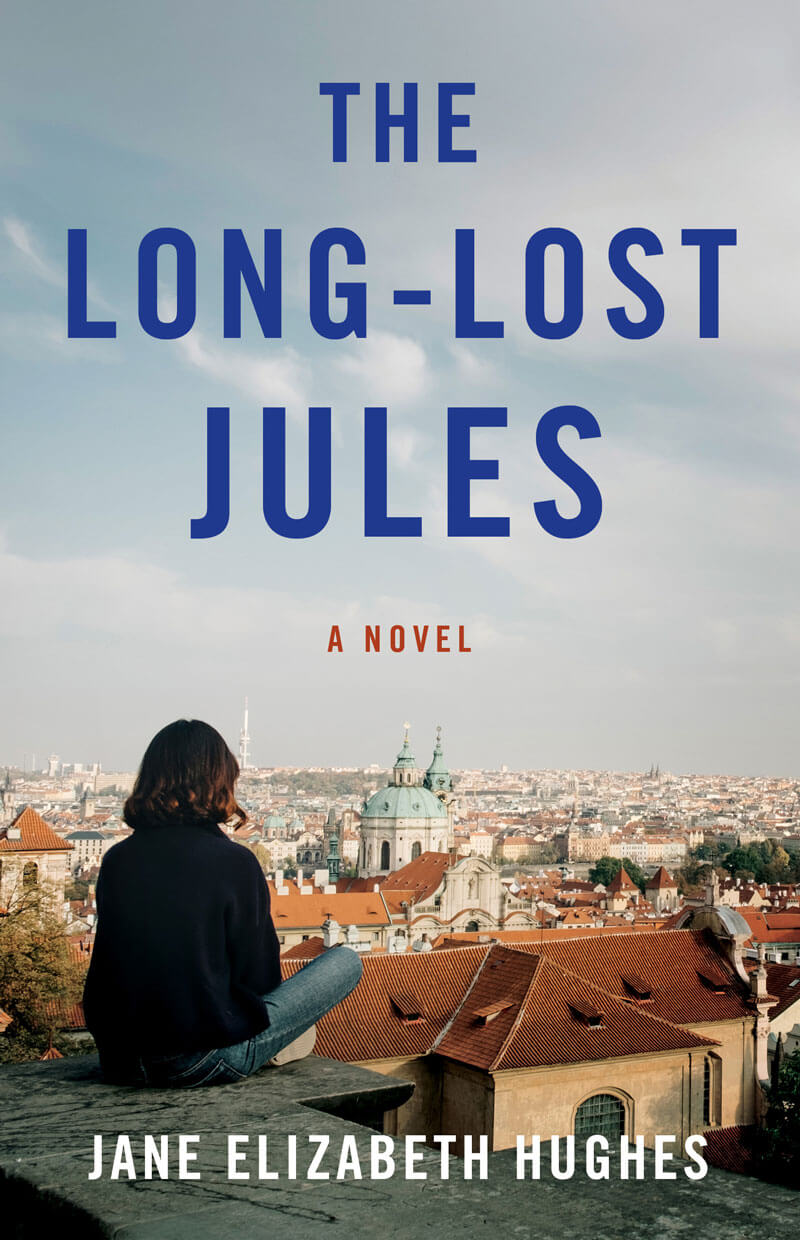